Do you want to know how to get better at this strategy game? The best way is to do different quests, this way you will earn rewards and be stronger. 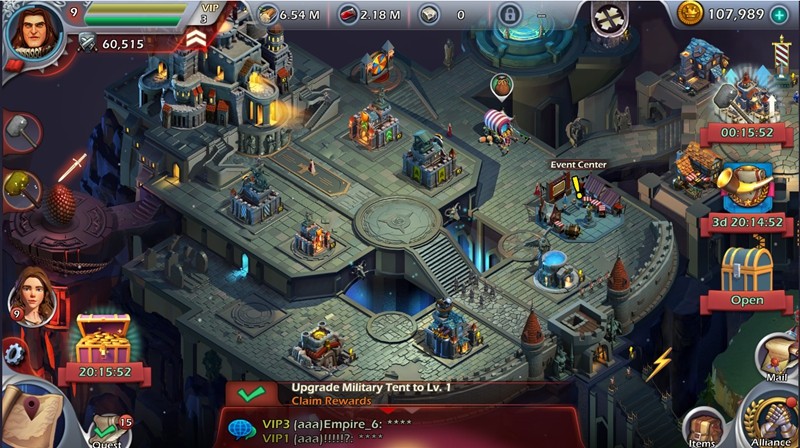 You will find the quest menu near the map.

There are four types of quests: Kingdom, Solo, Alliance and VIP.

Kingdom quests are long tasks that drive the main story of the game. The quests that will guide you trough your adventure will be found here, and you will receive rewards for completing them.

Solo are quests can be finished automatically. Rewards will be different according to the quest quality. Most of the rewards are XP and resources.

Alliance quests are similar to Solo quests, can also be completed automatically. The difference is that you will receive Loyalty and Funds as rewards. 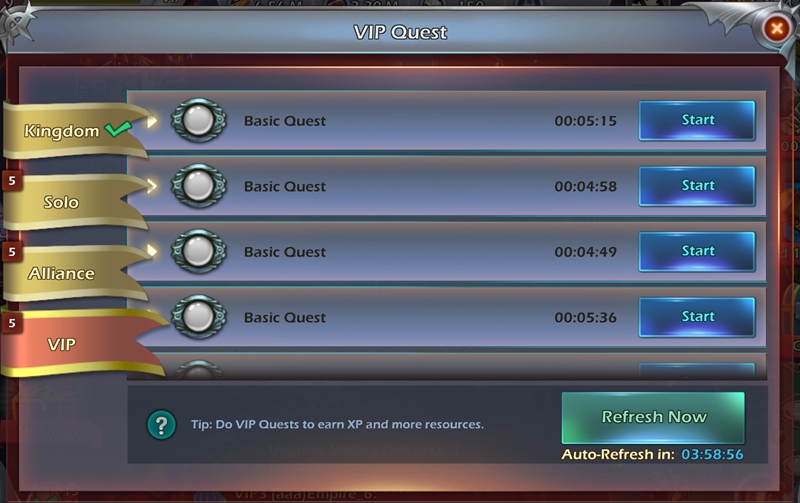 VIP quests will be different according to your VIP level. VIP quests can be finished automatically but players will receive more XP and rare rewards.