Players can develop different Technologies in Vampire Empire. Which is the best for beginners? 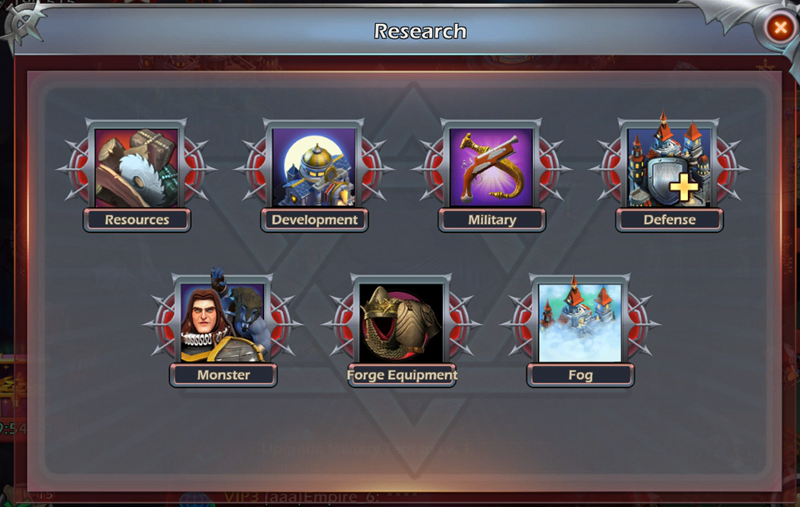 City Defense: The ability to defend your City.

Monster: Affects your attack to monsters.

Forge Equipment: Affects your Lord Power at later stages of the game.

Fog: For city defense and exploration. 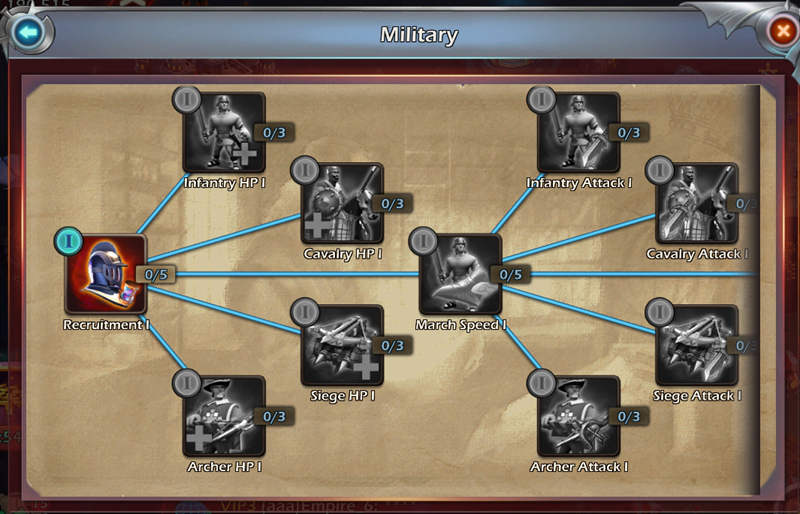 For beginners, upgrading Resources and Power are important. Developing the Technologies Resources and Military first is a good idea.

Resources will ensure you have enough resources. For example, if your city needs more food, you should invest in Food Technology. 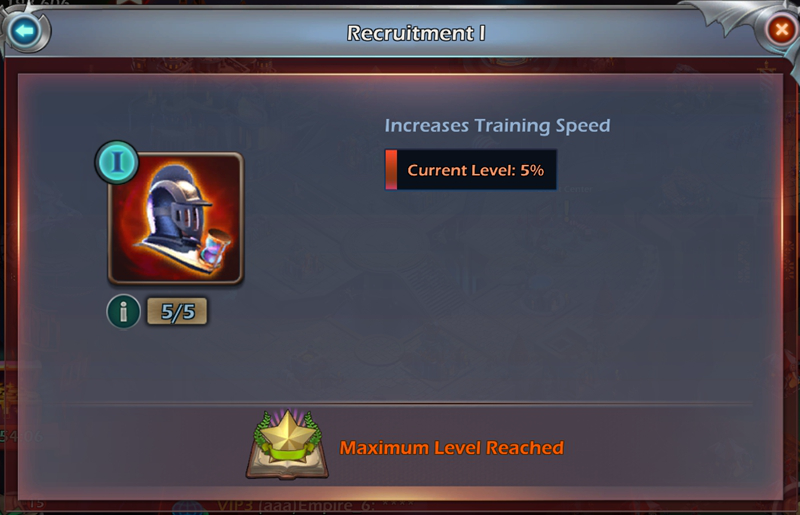